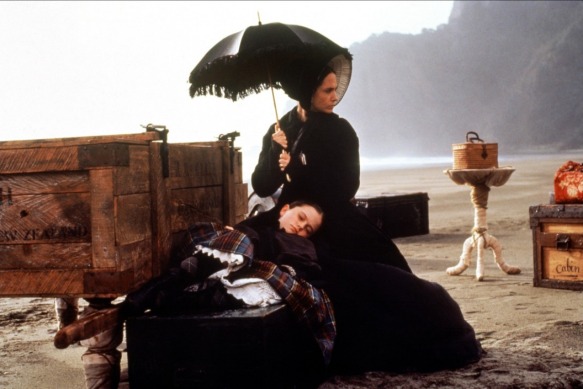 The New Zealand director, producer and scriptwriter Jane Campion is to preside over the Jury at the next Festival de Cannes, that will take place from 14 to 25 May 2014.

“Since I first went to Cannes with my short films in 1986,” Campion says, “I have had the opportunity to see the festival from many sides and my admiration for this Queen of film festivals has only grown larger. At the Cannes Film Festival they manage to combine and celebrate the glamour of the industry, the stars, the parties, the beaches, the business, while rigorously maintaining the festival’s seriousness about the Art and excellence of new world cinema.  ”

Campion is the only female director to have won the Palme d’or, for The Piano (photo) in 1993, having already garnered the Short Film Palme d’or back in 1986, (Peel) – a unique double in the history of the Festival de Cannes.

In the words of Gilles Jacob: “Once upon a time there was an unknown young director from Down Under who was no doubt proud enough that the Festival de Cannes was going to present even one of the three short films she had just finished. But they were shot through with such courage and humanity and captured such a unique world that the Festival refused to choose and – in a masterstroke – screened all three, marking the advent of a true master. Jane Campion had arrived, and she brought a whole new style with her. That led to Sweetie, The Piano and more recently Bright Star – that marvellous film, shot through, as ever, with poetry. You’ll hardly be surprised that amid such a welter of emotions, I’ve taken to calling her ‘My Lady Jane’”

“It is this world wide inclusiveness and passion for film at the heart of the festival which makes the importance of the Cannes Film Festival indisputable,”  Campion adds. “It is a mythical and exciting festival where amazing things can happen, actors are discovered, films are financed careers are made, I know this because that is what happened to me!”

Thierry Frémaux adds: “We are immensely proud that Jane Campion has accepted our invitation. Following on from Michèle Morgan, Jeanne Moreau, Françoise Sagan, Isabelle Adjani, Liv Ullmann and Isabelle Huppert in 2009, she is the latest distinguished name to grace a prestigious roster of female Presidents. Coming from a country and indeed a continent where film is a rare but powerful phenomenon, she is one of those directors who perfectly embody the idea that you can make films as an artist and yet still appeal to a worldwide public. And we are confident that her exacting approach will be mirrored by her Jury.”